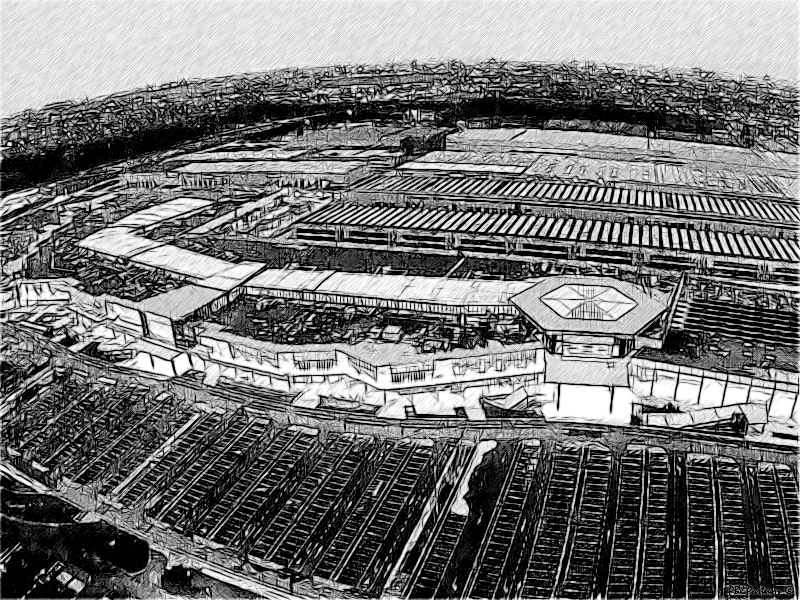 Shopping malls are enjoying important growth in Europe, acting as a “magnet for customers” and, at the same time, contributing to the economic development of this sector. Data shows that in the first half of 2016, malls reached an area extension of 153,6 million SQM, with further growth forecasted for 2017, up to an overall 164 million SQM[1].

Italy is ranked fourth in Europe. Recently, however, significant developments have taken place and others are coming.

More than one year has passed since the opening of the new shopping mall in Arese, near Milan (“il Centro”). Opening in April of 2016 and composed of 200 shops, 25 restaurants, and various service providers, this mall was  the largest in Italy and one of the biggest in Europe.

Recently the shopping mall at Orio Al Serio (Bergamo airport) has benefited from a 35,000 SQM expansion, reaching an overall surface area of 105,000 SQM. Exceeding a total investment of 100 million Euro, this shopping mall is composed of more than 280 shops, 50 restaurants, miscellaneous services and 1 multi-cinema with 14 screens.

In the very next future, Italy will also enjoy the opening of the shopping district in City Life, expected for November 2017 with  total 32,000 SQM, whereas in December 2019 will be finished the challenging project of the Westfield shopping center in Segrate, with 300 shops, including Galeries Lafayettes, and 1 multi-cinema with 16 screens, opened 365 days per year for an investment of more than 2 Billion Euro.

The aforementioned shopping malls are to be considered great poles of attraction by representing brands of national and international stature.

The juridical measure – in Italy – by which the owners of these malls regulate the business enterprises (stores) located inside, are: the “commercial property lease agreement” (regulated by Law 392/78) and, mostly utilized, the “business unit lease”.

No matter the agreements utilized, it is standard practice for the lessee, however, to accept a written pre-emptive waiver to any indemnity for loss of goodwill at the end of the lease period or in case of termination by the owner.

The matter is referred to in Law 392/1978, which regulates the property lease agreement. Law 392/1978 provides that, as goodwill indemnification, the lessee has the right to receive a remuneration equal to 18 months of the last rent paid[2].

Any exemption to the above provision is null and void, even though recent case laws have recognized that a preventive waiver to a goodwill indemnification is possible if remunerated by a discount of the rent favoring the tenant

The rule is however not applicable for commercial activities located in airports, railway stations, road services area[3].

The law does not regulate specifically if the tenant of a shop located in a mall is or is not entitled to such indemnity. Case law addressed the situation excluding it on the grounds that a shop in a mall is similar to shops in airports and railways stations which are located in a sort of mandatory route and which benefit consequently from a “parasitic goodwill”.

On the other hand, since “lessee protective provisions” inherent to law 392/1978 are not applicable to contracts regulating the lease of business units[4], the parties to such agreements are free to regulate all  their respective rights, including the possibility to agree for a preemptive waiver for goodwill indemnification (without penalty of legal invalidity) [5].

In brief, up until now operators did not need to address the specific problem of whether the tenant was or was not entitled to any goodwill for his/her shop located in the shopping mall because it was not even a consideration.

The new decision of High Court issued on September 2016 overturned the former situation and recognized that the tenant of a shop in a mall is entitled to an indemnification for goodwill.

The Court recognized that there is a reciprocal synergy of commercial activity located in the same area. It underlined that the goodwill of the whole shopping mall it is not a stand-alone goodwill different from the goodwill of each activities located inside it but, on the contrary, it is the sum of such goodwill.

If not, shops located in areas that “by their own” constitute an attraction could be denied the benefit of such a goodwill indemnity, such as Quadrilatero della Moda (Via Montenapoleone district), or the Mercerie district in Venice, or the Harbour district in Portofino or many other areas of particular commercial, historical, cultural/artistic interest.

What are/will be the results of the new guidance?

It is more than likely that the owners of shopping malls shall be encouraged to utilize the ‘lease of business units’ measure” (with relevant freedom in agreeing a pre-emptive waiver to goodwill).

By contrast, the tenants could use the value of the goodwill and relevant waiver (which is now recognized  by case law) as “leverage” to enter into a better economic agreement.

From both perspectives – the owners as well as the tenants – the clause regulating goodwill in shopping malls shall become more appealing.

As a final comment, our wish is that the overflow of shops in malls shall not “water down” a brand’s value by confusing the unique selling proposition (USP) of each brand in the mind of the consumer.

[2] Also, the lessee has the right to receive a further indemnification equal to 18 months of the last rent paid, if in the new store  the same/similar activity as that of the former lessee is being carried out and such new activity is started within one year from the termination of the former lease agreement.

[3] The rule is also not applicable (i) in case the termination of the contract is attributable to the lessee; (ii) in case  the commercial activity is not open to the public and (iii) for professional activities and temporary activities.

[5] The above to the extent the subject matter of the lease is indeed a “real” business unit and not mere business premises, without such features it might bring to a risk of a requalification of the contract with application of the rules of Law 392/78 (protecting the lessee). 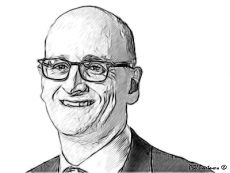